As a qualified and highly skilled Joiner Richard is able to produce beautiful bespoke products using a blend of both modern and traditional manufacturing techniques. His attention to detail is refreshing and his versatility to work with all types of wood is a credit to him, along with this he is also a very competent and highly skilled  on-site carpenter.

So what is the difference between a carpenter and joiner you may ask?

The difference is that a joiner usually makes the timber products that a carpenter fixes on-site,  so for example a Joiner would make the doors, frame and windows for a new building, as traditionally joiners ‘join’ wood in a workshop. Whereas a carpenter would construct them on site, and they generally install the products made by a Joiner. Both are specialist skills for example a joiner  may craft a beautiful staircase, but a carpenter would best placed to fit them. Similarly a carpenter may skilfully hang a door, but a joiner would make a superior quality door (as pictured below).

So at Mackleys you are getting both the specialisms of one craft, all under one roof. 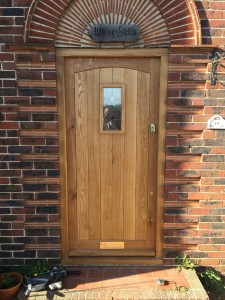 Our carpentry and joinery services include: 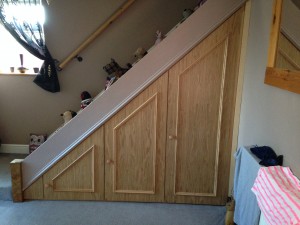 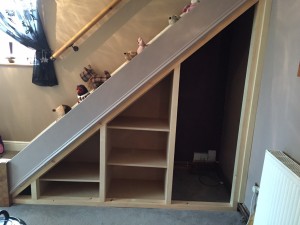 Mrs MetcalfWorthing
Fantastic service, level of workmanship is outstanding and such clean and tidy workers. Can't recommend these guys enough!

P EdwardsWorthing
Richard replaced a couple of our double glazed windows in our conservatory which had condensation in them, he was very polite and punctual and I would definitely use his services again.

N ClarkAshington
Outstanding level of service from lovely people to deal with, Thank you.

L JacksonArundel
We have now used Richards services on 3 occasions due to the fantastic job he does – Our cabinets are exactly what we wanted and they look great. He was very tidy and even took his shoes off when coming into our home! Would highly recommend him.

Mr HallHigh Salvington
“Richard done a brilliant job! No more condensation around the door frame and cured the misted windows. He is very efficient, helpful and a clean worker. Also would like to thank Mrs Mackley for her work, an excellent teamwork. Would not hesitate to recommend this company.”

Mrs LakerLittlehampton
Thank you so much, the conservatory windows look fabulous.

B WatkinsWorthing
Excellent job carried out swiftly and cleanly and for a price 20% cheaper than next nearest quote. Communication with office excellent too.

Mr WattsWorthing
“Excellent work in line with my request but with Mackleys making very important recommendations. The whole work was done very professionally.”
prev next

This message is only visible to admins.